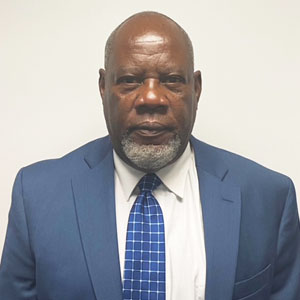 Born in March 1957 in Haiti, I was the eldest of my father’s three (3) children. Twenty years later, I attended Port-au Prince Law School of the State University of Haiti. However, two years later I dropped out to immigrate to the United States of America. Three (3) decades later I became an effective leader with a Master’s degree in Business Administration after attending Borough of Manhattan Community College, Baruch College of the City University of NY and Phoenix University.

Professionally, I acquire most of my experience in the not for profit industry. I started in 1989 with North General Homme Attendant Corp. at the capacity of Personnel Specialist and resigned eight (8) years later as the Director of Finance to move on to Minority Task Force on AIDS. In search of a better opportunity, I moved on to Weston United Community Renewal Inc as Controller in 1999. In the summer of 2006, a better opportunity presented itself again after I obtained my MBA, I moved to Postgraduate Center for Mental Health (a not-for-profit organization twice the size of my previous employer. Eight years later, I decided to retire early and moved back to my native island.

Unfortunately, I was not fully prepared to enjoy retirement when a local State University was in search of a CFO, I applied and obtained the position. Again. two years later, another opportunity presented itself in Port-au-Prince and I became the Deputy Executive Director (a political appointee) of the largest Industrial Park of the country (SONAPI). Unfortunately, when the current administration took over the control of the country, I was let go and therefore, returned to my hometown where I resumed my position of CFO at the State University. With COVID-19 striking the entire world, I decided to return to the United States of America to start a new life with Unique People Services Inc where Understanding people, Providing homes and Serving communities is making a difference.